Sometimes, not knowing what you are doing is a good thing. For me it has allowed more than one leap into unchartered territory.

On May 29, 2012, I saw a face that changed my life. A face that was full of sadness, hopelessness, and despair. When I think back to that day at the Carson Animal Shelter in Los Angeles, I still get a lump in my throat.

I was photographing the dogs there as part of my work with HeARTs Speak. It was a rough day for me. I often feel overwhelmed at the shelter, but that day my mood was especially dark. I had learned that several of my favorite dogs didn’t make it out alive.

As I made my way down the kennel aisles, I tried to focus on what I could do, not how I had failed. And that’s when I saw that face. 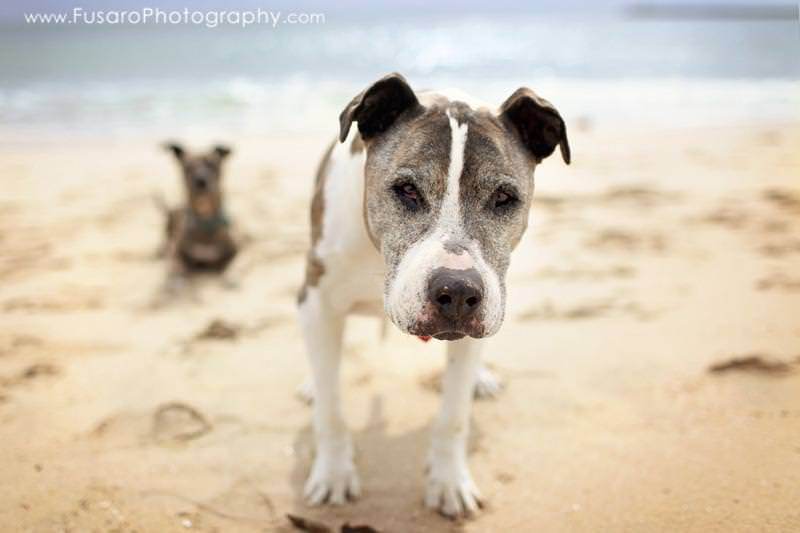 She was lying on the blanket given to her by the shelter. Her eyes were droopy, sad and blood red. She didn’t lift her head. She didn’t move a muscle. I tried to give her a treat. She refused it. My heart broke in two. There was nothing I could do, so I walked away.

Still, there was something about her that touched me. I couldn’t get her face out of my thoughts. Before I left the shelter, I felt compelled to learn her story. Her name was Shady, and she was sixteen. I knew right then, that she probably wouldn’t make it out alive. As I walked through the parking lot, I felt the familiar lump in my throat. Once I reached my car the sobs began in earnest.

Days passed, and with each moment, her image became more and more clear in my mind. I had to do something. It was a feeling that was so overwhelming; I couldn’t ignore it. And so I adopted her.

My intent was to give her a warm bed, some delicious treats and lots of love, and then to put her to sleep with me by her side. She was so sick at the time. I couldn’t bear the thought of her dying alone in the shelter or being in pain. I thought it was the most humane thing to do. 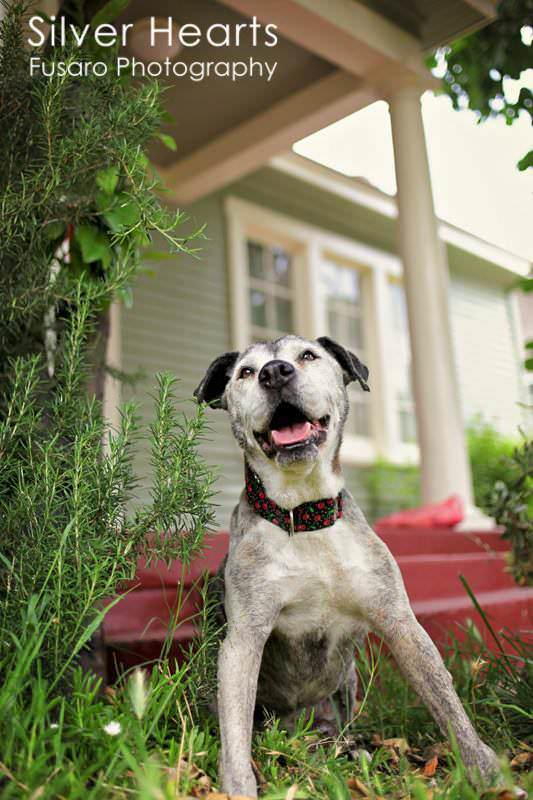 Little did I know that one act would change me to my very core. It sounds dramatic, I know, but it’s true. After bringing Shady, who I renamed Sunny, home, I continued my work with shelters and have seen more senior animals in those kennels than I ever could have imagined possible.

Many know I have a soft spot for senior pets, and that’s because of Sunny. She inspired me to do something to help the wise old souls who languish in animal shelters across the country.

I teamed up with Laura Coffey to create a book illustrating just how special senior dogs are, and just like that life was breathed into ‘My Old Dog’. Our agent, Cheryl Pietnka, rounds out the old dog dream team, and with Cheryl’s guidance we found Jason Gardner of New World Library. Jason was willing to take a chance on publishing ‘My Old Dog: Rescued Pets with Remarkable Second Acts’.

Before Sunny, I chose to close my eyes to that sadness, like an ostrich with her head in the sand. Now I can’t ignore those soft grey muzzles, and those creaky old legs.

You might be surprised to learn that so many of these older animals are turned in to shelters by people who love them. Three years ago I never would have thought that could be the case, but through my volunteer work I’ve heard many tragic stories of families left with no other options but to bring their beloved pet to the pound. 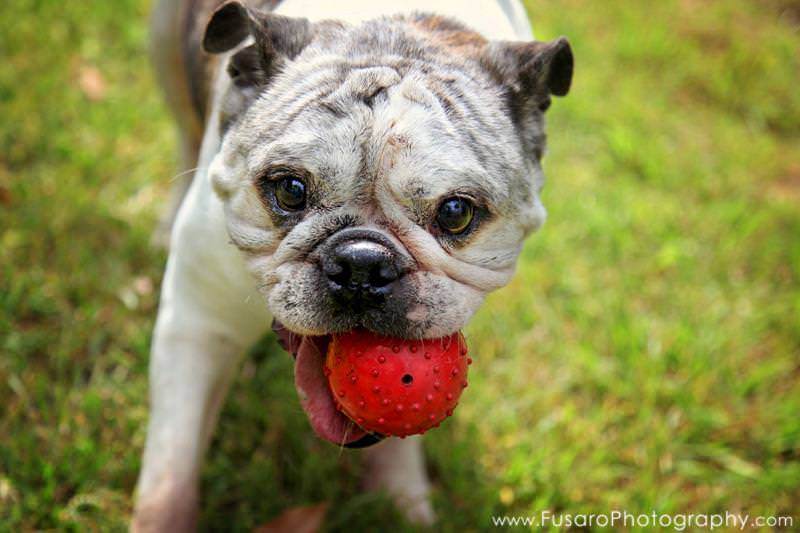 One in particular still haunts me. The dog’s name was Snoopy. He was a happy boy with a face almost completely white and an old man’s walk. His owner’s husband died. She lost her home, her job and had nowhere to go except to live with family in a small one-bedroom apartment that did not allow dogs. She brought Snoopy to the shelter with hopes he would find a family that could take care of him.

I will never forget that woman’s face; red, swollen, tear-stained and full of such a deep agony. Her breathing was labored through the sobs that she couldn’t control. She stayed there with her Snoopy for 3 hours, dreading the last goodbye.

There have been many others that have crossed my path: Hazel, the 12-year-old Alf look-a-like. She was so shut down, so sad. On her last day she was saved and now lives like a princess with a mom that cherishes her. Rocco, a handsome chow, Poochie and Spot the sister retrievers, Sioux the gorgeous white shepherd, Sassy, Corndog…the list, unfortunately, goes on.

It’s these faces that are the inspiration behind My Old Dog. 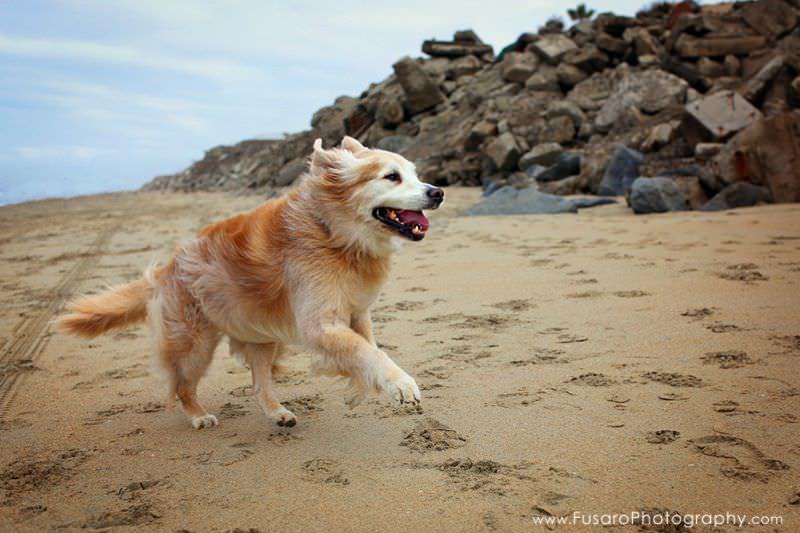 My hope is to give these old souls a voice and dignity in their golden years, and maybe even change the perception of seniors. I want to help animals like Sunny live the last months of their life surrounded by love. I want people to realize that the heartbreak of loss can’t taint the amount of joy provided by an old dog. I am so grateful that Laura, Cheryl and Jason share my passion.

To think it all started with that face. I am grateful to Sunny for teaching me that love means everything, and that with it anything is possible. She has made me realize that I am stronger than I ever thought I could be. Never before would I have thought I could open my heart to a dog that was close to the end of her life. The pain, I thought, would be too much. But I’ve found it’s quite the opposite. She has shown me that love doesn’t keep track of years; that every day is precious.

Because of her, I am willing to let go of my selfishness to live without heartache. And because of her, ‘My Old Dog: Rescued Pets with Remarkable Second Acts‘ is a reality.

Lori Fusaro has worked as a photographer since 1996. Her boutique studio, Fusaro Photography, is based in Los Angeles, CA, where she is well known for her lifestyle portraiture of pets. She was honored as the top portrait photographer in the L.A. area for four consecutive years and her work has been featured on NBC Nightly News, The Today Show Pets and in the book ‘So You Want To Be A Pet Photographer’. Lori is also the staff photographer for Best Friends Animal Society.