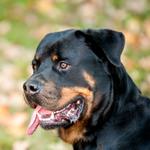 No offense to all the other months of the year, but October might be our favorite. Why, you ask? It’s not the change in season nor the crisp, colorful leaves that accompany it. It’s not the delightful act of pulling a much loved scarf out from its summer hibernation. It’s not even the Pumpkin Spice Lattes (though those ARE wonderful). We’re all about the dogs.

October is National Adopt A Shelter Dog Month, and since HeARTs Speak was inspired by an unassuming pit bull named Iggy, it’s not a stretch to say we welcome the month the way a 6-year-old welcomes Christmas morning. Our Founder's deep love for her adopted Iggy drove her to build a community that put it’s talents to collective use for companion animals.

In honor of the month, here are some inspiring stories of survival, captured by HeARTs Speak members, which embody the hope, heart, and quiet determination of all homeless animals. 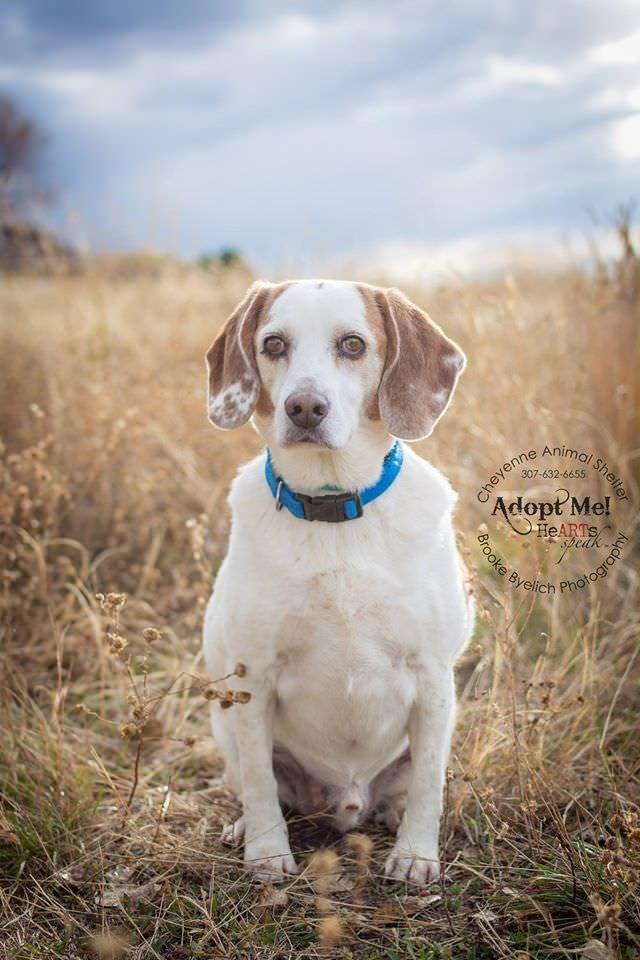 Pax is convinced this ‘senior’ thing is all a farce. In fact, he’s utterly oblivious to the label, exuding the same vibrancy and thirst for life now at 8 years old as he did when he was a pup.

Pax first met the kind folks of Cheyenne Animal Shelter in 2010, when his then-owners surrendered him due to allergies. He was adopted the following month, and while he stayed in that home for quite a while, he was recently surrendered because his owners were moving. Looks like Pax wasn’t invited along for the ride!

So here he is, back on the dating scene in his golden years; healthy, despite one benign mass on his side, and ready to begin a long a memorable life with someone who isn’t in the business of throwing in the towel. 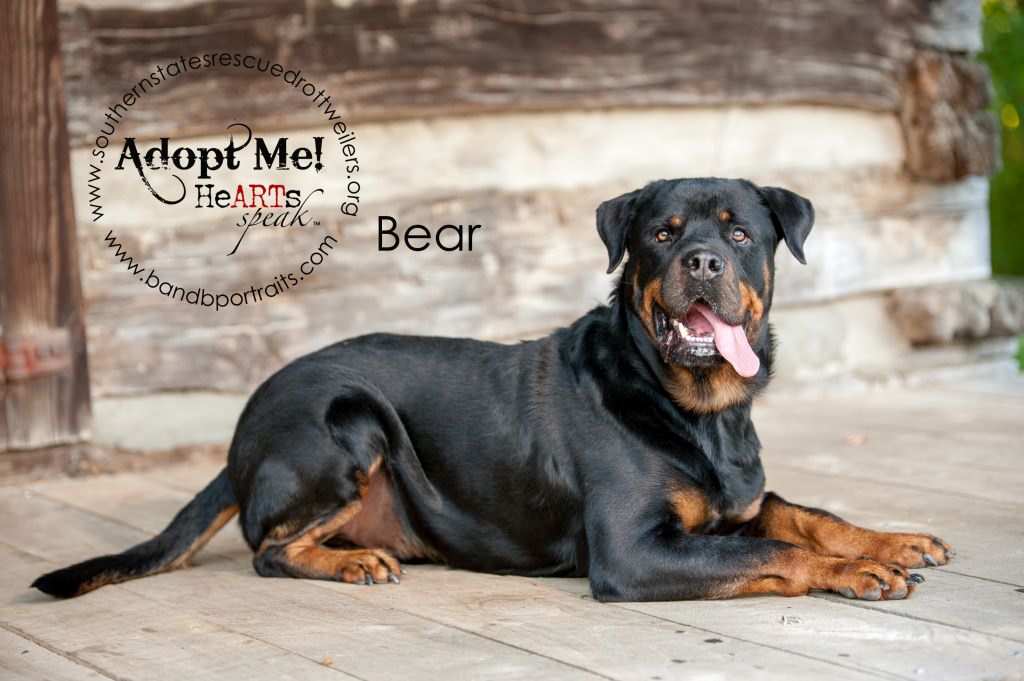 Bear is a true testament to the resilient nature of dogs. After a miserable start to life, peppered with unpleasant humans and it’s fair share of neglect, Bear is now free to set his sights on a lifelong ambition: the fine art of fitting ones 94 pound self into a lap.

A sad past will take its toll, as we’re all too aware, and Bear needs a friendly guide for helping him to navigate his separation anxiety.

Itemized list of Bear’s favorites, in no particular order: 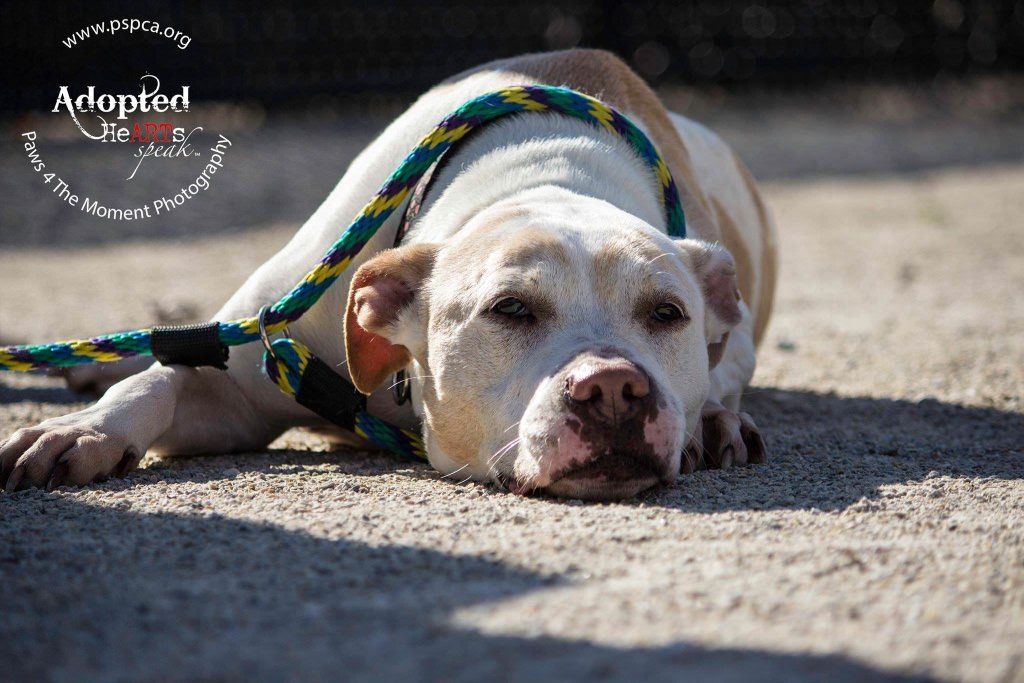 Sabina understands the delicate art of patience. She lived at the PSPCA for a year and a half before finally being adopted. Alas, she was promptly returned due to a severe fear of thunderstorms. Shortly thereafter, she was put back up for adoption and the shelter staff worked tirelessly to ease her storm-related anxiety. Sabina swiftly became a shelter favorite and her caretakers were highly devoted to her well-being, walking her rain, sun, and snow.

Happily, serendipity set her sights on Sabina during the PSCPA’s recent Mega Match-A-Thon event, when a kind soul asked to meet Sabina in person; a historically rare occurrence at best. Sabina immediately greeted her new visitor as though she’d known her a lifetime.

After more than a year of waiting, Sabina finally found her other half, and she’s traded her kennel for her own fenced yard and a quiet, secluded room for waiting out thunderstorms in style. 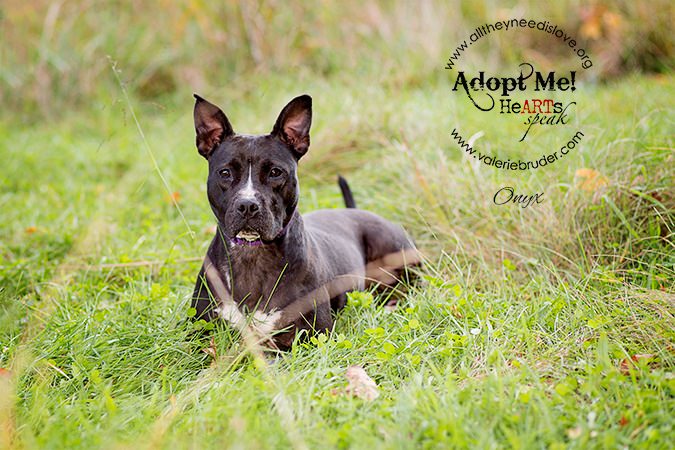 Last year, a heavily pregnant Onyx found herself for sale on Craigslist. With the help of a few creative animal-loving friends, All They Need Is Love was able to liberate Onyx from her questionable situation, and she delivered 11 puppies just a few days after arriving in her foster home. Unfortunately, only 2 survived.

Her kids have flown the coop to happy homes of their own, and now the ever-wiggling, snuggle-seeking Onyx is interviewing potential candidates for life-long friendship. 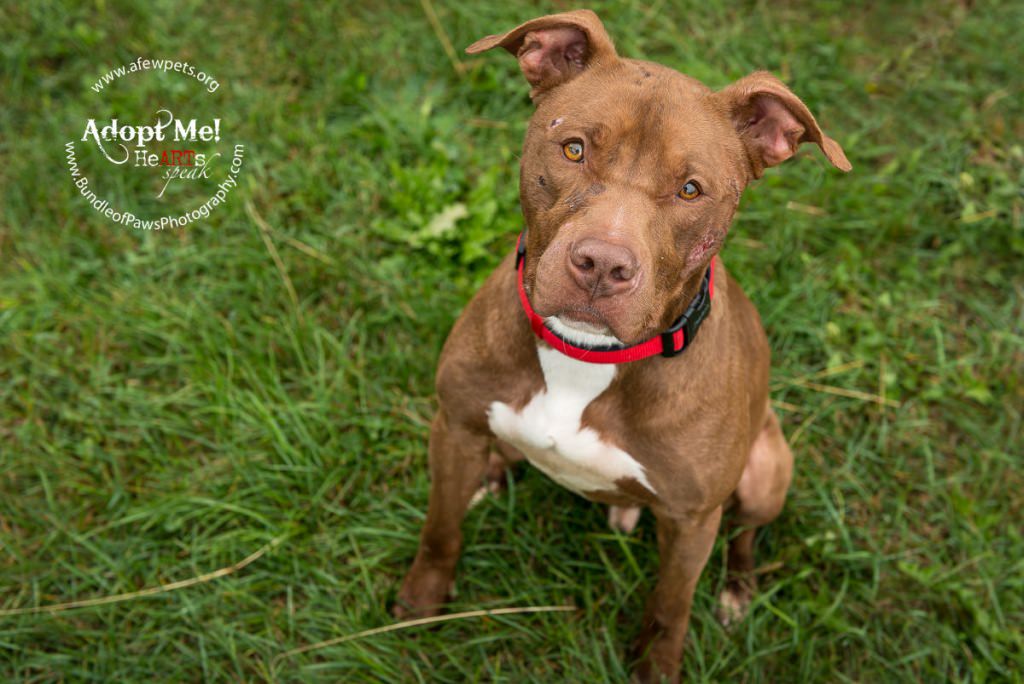 Boomer was found roaming the streets of Hamilton, NJ several months ago and has remained at AFEW in search of his forever home since then. At 2 years old, it’s clear he was a family pet in a previous life, as evidenced by his excellent leash walking skills and repertoire of commands. That includes reliably smacking his paw right in your hand when he’s feeling cute, or you have a treat he’d like to sample.

Rescue volunteers note that Boomer is often passed over at the shelter due to the fresh scrapes on his face, and many potential adopters assume these are indicative of past behavioral issues or mistreatment. In fact, Boomer’s strong desire for love and companionship drives him to thrust his snout through his metal gate when a visitor walks by, landing him with fresh wounds each time. Boomer is a timely reminder that a book shouldn’t be judged by its cover.