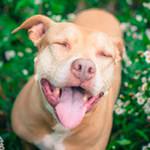 HeARTs Speak artists are an exceptional breed. Our tough, seemingly impenetrable exteriors are complimented by soft and unapologetically patient centers. We’re loud and proud about our love and respect for all living things. We celebrate even the tiniest victories, and we hurt deeply when things don’t end happily. We’re altogether smart, focused, forces to be reckoned with, and the nicest people you’ll meet.Above all else, we work tirelessly to cast the bright, reassuring glow of art on a cause that is too often associated with loss and sadness.

Member and professional photographer, Stacey Gammon, thoroughly encompasses the qualities of a HeARTs Speak artist, and her new project, Animal Shelter Survivors, is evidence. The project works to highlight animals who have endured extended stays in the sheltering system by celebrating their eventual adoptions, and featuring those still waiting for rescue.

If you ask Stacey, “long term shelter residents are not damaged, they are special.” Her project is a testament to the unwaveringly hopeful and forgiving nature of companion animals, and applauds their ability to withstand their predicaments.

Tell us about the inspiration for your ‘Animal Shelter Survivors’ project! It all started when I posted an adoptable dog to Google+, mentioning that he had been in the shelter for about a year. The post received a few negative comments; along the lines of suggesting the dog should be put down because there must be something wrong with him.

I realized there is a stigma associated with long-term shelter dogs, yet all the work I’ve done in rescue has shown me that some of the best dogs languish in shelters for no good reason. If they didn’t have such strong hearts, those dogs they wouldn’t have lasted that long in a shelter environment.

I also find that being involved in the animal rescue world can sometimes be sad and depressing. We tend to see more images of pets in need of homes than pets in homes, so it was really nice to be working on something uplifting. 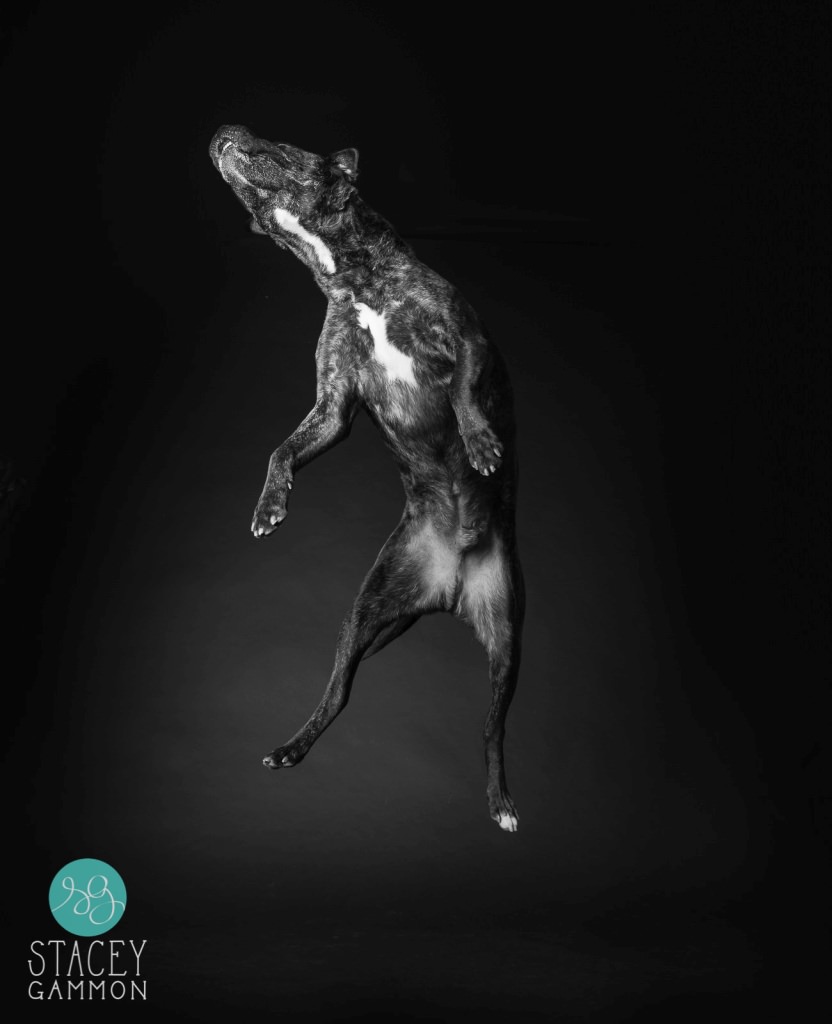 How long did it take to get the project up and running, and how long was it just an idea before you put it into play?

Not long at all actually. The idea popped into my head like a light bulb going off, and I couldn’t concentrate on anything else until I move forward with it. This is the same way I started my pet photography business – I got an idea and immediately threw myself full-force into implementing it. All told it was probably a week or two from conception to launching the website.

I also knew that if I sat on it, it might get placed on the back burner and I didn’t want to let that happen. I wanted to strike while my feelings about the situation were still front and in focus.

What has the project taught you that you didn’t expect it would?

That there are so many amazing and heartwarming stories out there. As a photographer I first envisioned the project being very visual and would post only the photos without much of a story beyond stating how long the dog was in the shelter for. But then a couple people got back to me with more details on their adoptions and I knew that the content is what would make the website. Not just seeing a bunch of numbers and statistics but hearing the story in the owners words.

Have any cases or subjects been particularly personal or moving for you? Sheldon’s story is extra special to me because he was the dog that inspired the whole project. He was the one I posted on Google+. I started the website while Sheldon, pictured right, was still in the shelter and things were looking dismal for him.

Sheldon is a very sweet dog, but extremely shy. Getting photos of him not looking terrified was a challenge since his tail was always tucked between his legs. One of the volunteers at the Wayne Animal Shelter worked tirelessly with him, taking him out to eat a burger every week. It helped, but he still wasn’t comfortable with new people just walking in to see him.

It didn’t look great but I was still hoping for his happy ending. I wanted so badly to be able to update the post where people said he should be put down and show them his happy ending. Luckily a special family came along and they spent weeks getting to know Sheldon, hour by hour, making him feel comfortable, before finally adopting him and bringing him home.

How long does it take you to put a story together?

Most of the content is supplied by the adopter so it doesn’t take me too long – just an hour or so. I do however hope to photograph some of the dogs. Even though the snippets sent by the adopters turned out to be one of my favorite parts of the website, as a photographer, the visual aspect is still important to me. I’d love to have some of my latest submissions visit my studio for professional portraits, which I’m hoping to organize later this summer.

What is the ultimate goal of the project?

To raise awareness and bring hope. Shelter dogs aren’t inherently damaged. Each have their own story. Some have some issues that work against their chances of adoption (like Sheldon), but many others are just unlucky.

Take Bugzy for example. He is an awesome dog, good with kids, cats, and other dogs, with a laid back personality and chill demeanor. But for almost a whole year everyone who stopped by to potentially adopted him was scared away by his giant pit bull head (which I love so much).

Tell us about some of the adoptables featured on your site Ebony has been at the Newark Shelter for about a year and sadly, the last update I got on her was not a positive one. She is starting to exhibit signs of kennel stress. The sad truth of the matter is not every long term shelter dog has a happy ending, but I am still hoping that Ebony will make it out of the shelter.

I photographed Bruno early last year. He’s a bit on the older side which makes him less appealing than some younger dogs.

Gia and Sid are both from the Wayne Animal Shelter. Last I heard Gia had some potential adopters in the works, though I haven’t heard any updates in a couple of weeks so I’m not sure if it fell through.

Sid, pictured above, is a black pit bull which automatically makes his chances of finding a home more difficult. He’s been in the shelter nearing a year and a half and doesn’t deserve to be there. Whenever I take photos of them they are SO happy to be out of the kennel and have so much energy. They would both just shine if given a chance in a home of their own, with space to exercise.

If you have a survivor to share, submit their story to Stacey’s project, and use the custom hashtag ‘#dontlosehope’ across social media to help spread the word that long-term shelter animals are not broken. They’re just really good at waiting.