What Was Exposed During the HeARTs Speak Perfect Exposure Project

When HeARTs Speak caught wind of a BarkBox contest that provided an opportunity to win funding for a community project, we jumped on it. We pulled out our idea list of grand dreams, visions and things that could be pulled together within a certain timeline and that fit our mission. Community involvement and education have always been an arm that we couldn’t wait to flex so we looked to our Education Director Jill Flynn for ideas that were churning. The Perfect Exposure Project was conceived.

Despite having over 400 HeARTs Speak members who are actively involved with shelters and rescues and donate professional artistic services, no one can be on-site everyday to provide quality photographs of animals in need. The daily intake of animals across the country is just too great to accomplish this in a weekly session. We are all familiar with the initial intake photographs portraying scared, confused animals that get passed up by potential adopters looking for that special someone online. There’s no other way around it. They need an ID photo, and it’s taken when the animals are having, no doubt, a bad day. 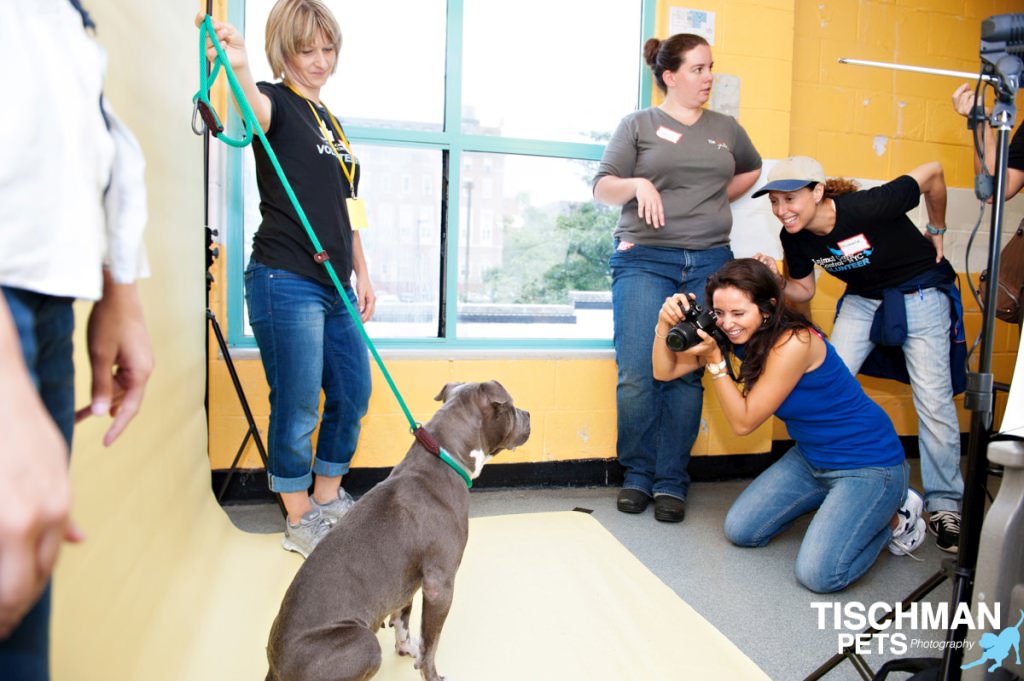 We always wanted to empower shelters and rescues to photograph animals in the best light, and this was our green light at the end of the tunnel. If we won, we could put this in motion. And let us tell you, it was no small feat to get there.

Our HeARTs Speak members, supporters and everyone in between took to the web to promote this opportunity and, by golly, they did an outstanding job! Thank you from the bottom of our HeARTs!

After pouring over nominations from across the country, an advisory panel and HeARTs Speak staff selected the top five qualifiers. We then let the public decide which two shelters would get photography equipment and a two-day shelter photography workshop.

We’re not gonna lie, we had our concerns. Understanding that high-intake shelters already spend every resource of time, money and staff to accomplish their day-to-day tasks, we didn’t quite know how it was going to play out or how motivated they would be to take the time required to see it through. Shame on us! 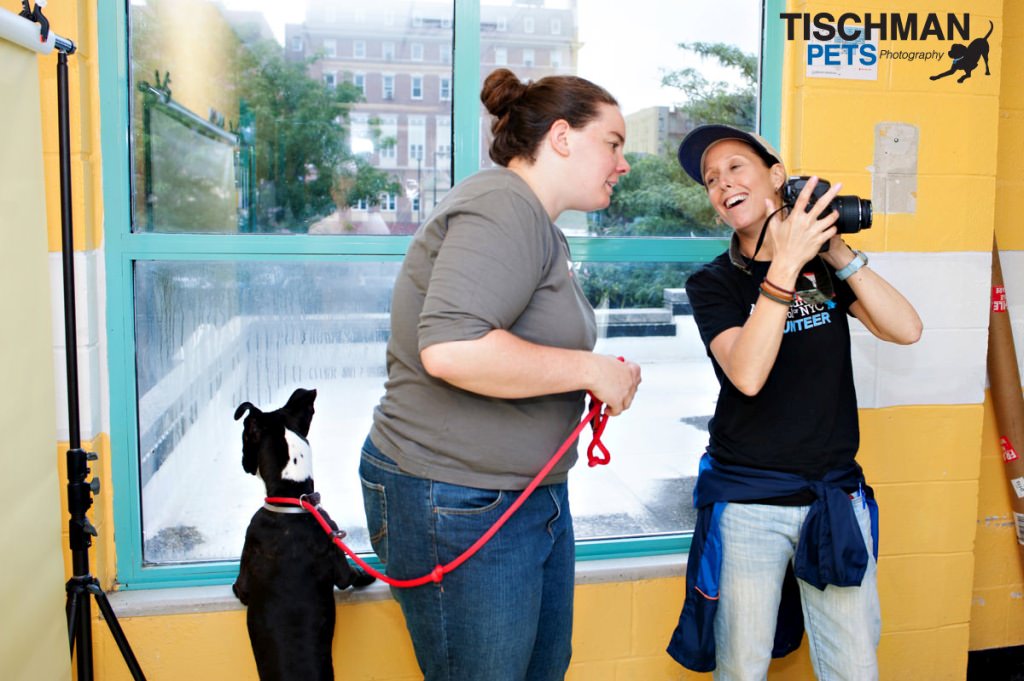 While we were focusing on equipment, workshop outlines, creating a field guide, travel arrangements and all the other tedious details that you can’t even imagine went into this, we never stopped to consider what we were going to learn at the workshops. We totally got schooled.

Yes, we met amazing animals that benefitted from the workshop. Yes, we knew we would ultimately help the image and promotion of the animals. But we had no idea the impact of truly getting to know each shelter, their staff and volunteers. I think we can agree that while the initial goal of getting animals better photographed and promoted was our focus, the aspect that contributed to its success was the unexpected and most commonly overlooked part. The people.

A common sense approach is finally developing that has so often been ignored in the history of rescue, sheltering and responsible pet care. Behind every animal in need, there is a person or group of people. These animals would be nowhere without them. And very often these animals get to either find homes or REMAIN in loving homes because of those who provide resources that allow people to keep their pets instead of surrendering them.

With that said, there is also a nonsense approach that’s popular in animal welfare that promotes negativity, a desire to tarnish reputations and a resistance to work together. This gets passed off as advocacy. When these get swirled around and spread like wildfire, as negative things often do, they often serve a single purpose: to divert the attention from those animals in need. We’re not saying every situation is stellar, and we’re not touting that every rescue or shelter is simply misunderstood. 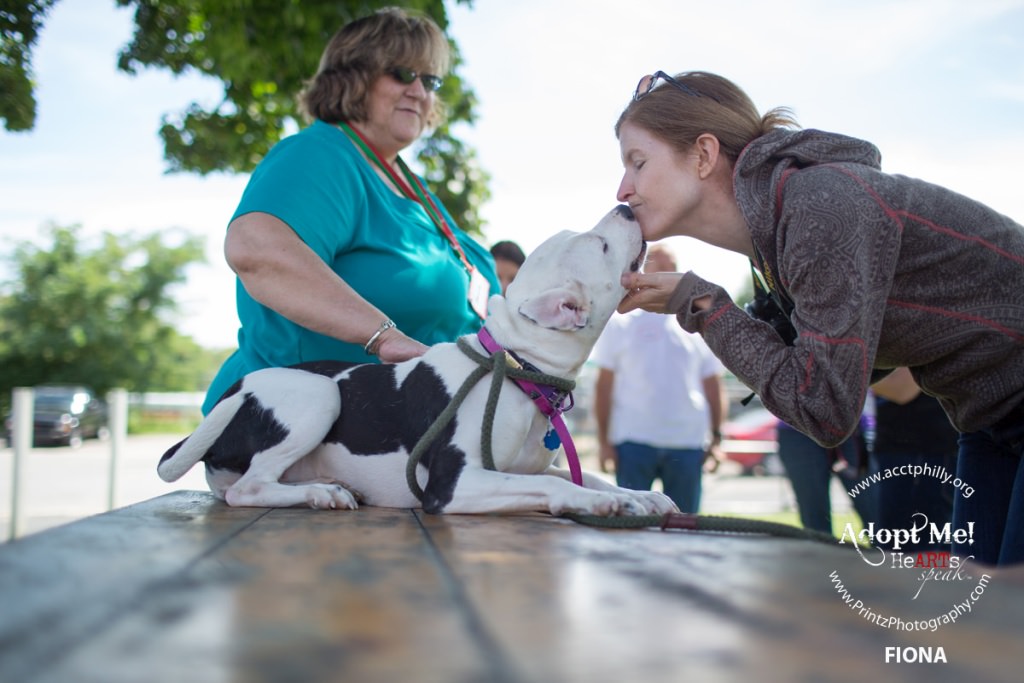 But, like animals, no one should be lumped into a category based on the actions of a few. What we are saying is that if you see an issue, offer to help instead of fuel it. At the very least, take the opportunity to explore the issue first hand. You will be completely surprised at what you come away with.

We say all this because as part of the Perfect Exposure Project, we wanted to be able to provide these resources to a high-volume shelter, one that both needed our help and were open to wanting it.

People tend to have a misconception about high-intake shelters. Because they take in every animal that walks through the doors, because they don’t say no, because they euthanize, because the work is hard and emotionally taxing and not everyone has a good day 365 days a year.

We have something to admit here. And, we’re not proud of it. But in the effort to prove a point and take you down the yellow brick road that we were guided down, we’re calling ourselves out. We’ve all dealt with less-than-ideal situations at high-intake shelters, we’ve all seen mistakes made and bad judgment calls and encountered people that don’t have the animal’s best interest at heart. And, it pains us to say this, but, we half-expected to encounter some of the same based on our own experiences. But, what we did know was that we weren’t going into this to judge and point fingers and tell everyone what a crappy job they were doing. That was, from day one, what we wanted not to do. And guess what? We didn’t need to.

HeARTs Speak was founded on the tenets of collaboration and inspiration and uniting people to do the best thing through art. We couldn’t have seen more of this during our visits with NYC AC&C and ACCT Philly, the two shelters who won the Perfect Exposure Project. 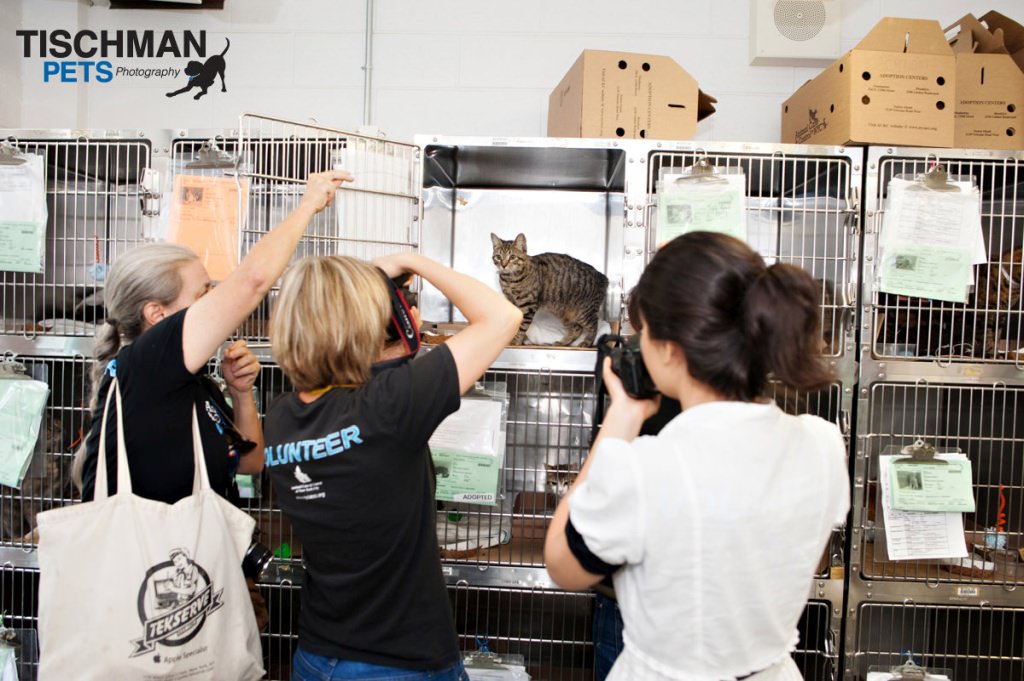 While both shelters face their own unique challenges, amazing successes, and have, no doubt, dealt with enough…um “nice” feedback telling them how horrible they are for what they do, what remains constant is the passion behind everyone in moving forward and focusing on the big picture.

We were proud that staff and volunteers told us they learned about their cameras, photography basics, tips and tricks on animal behavior as it relates to photography. We were proud to see everyone feverishly taking notes and realizing when they looked at their viewfinder that they just totally nailed it. We were so proud that animals were going to get better exposure because of this.

But, what absolutely made us beam and caused us to walk around with a lump in our throats for about two weeks straight was the unintended consequence that we didn’t realize was so important. People collaborated. They absolutely excelled in teamwork. They got to know one another on a deeper level as many volunteer or work in different departments and hadn’t had the opportunity to merge those circles. The staff had an opportunity to break from their day-to-day and get creative and loved every minute of it.

And we…we got a first-person, all-access granted, day-in-the-life of what it truly takes to work in these shelters and in every department. When you’re there focusing on the people, when you see every aspect, when you’re knee deep in it all, you want to strangle anyone who so much as mentions anything negative about what these people do for the animals and the community. The amount of time they put in and the passion they have is simply astounding. The innovative ideas and the work that goes into making them reality is a huge feat, and the public so often overlooks accomplishments made in this line of work. They so often overlook the people behind it. This is what was “perfectly exposed” to us. 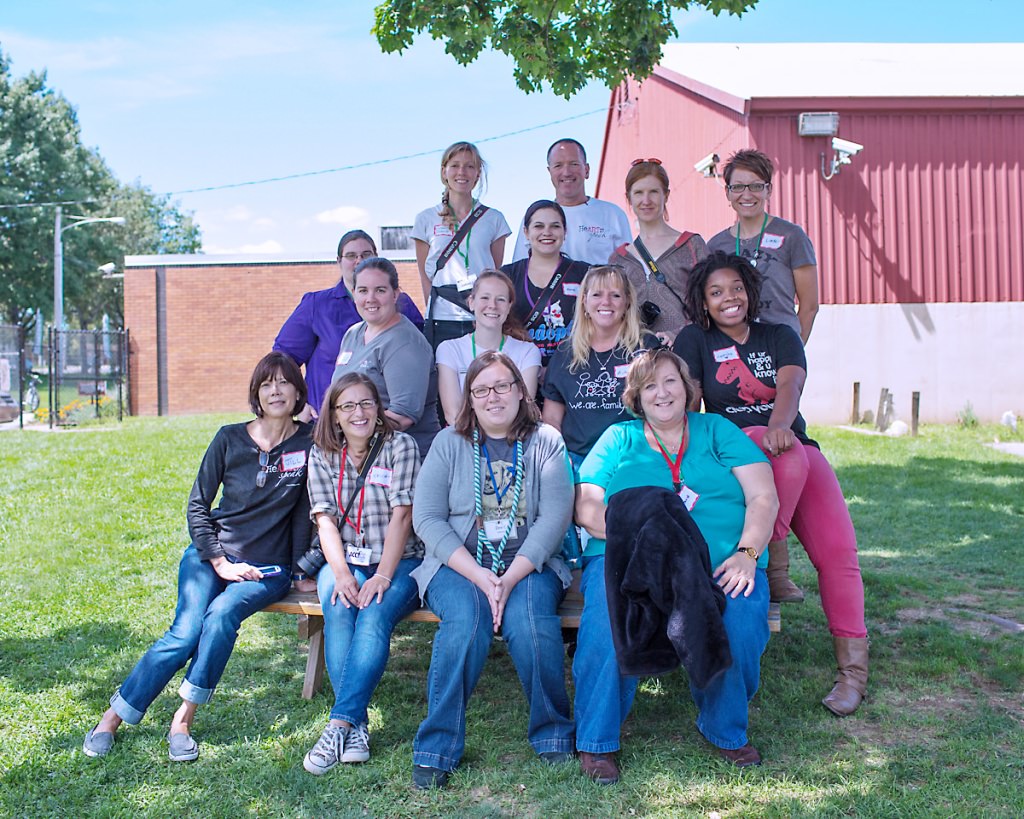 The name of the project has deeper meaning now. It’s not only perfectly exposing an image of an adoptable animal and positively promoting them, but allowing that same magic-hour light to fall on the people behind the work. If the word “euthanasia” is the only thing that comes to mind when you think of high-intake shelters, we encourage you to expand your vocabulary by going in to volunteer or offer services. You will find that euthanasia is such a small part of such a huge picture. You can help out on so many levels and in so many ways. Whether it’s enriching a shelter animal’s life or helping an individual in your community who is faced with tough decisions regarding their pet.Leave your judgment at the door, don’t march in trying to change the entire world in a heartbeat, and you will be able to accomplish more than you ever thought possible.

As a portrait photographer and freelancer in the film and television industry, Erica has been employed in both the non-profit and public arts sector, forming a widespread group of contacts in the creative industries. She has held positions on various projects from major motion pictures and television series to commercials and film festivals. She started her photography business, Photohound Dog Photography, in 2004 and continues to promote her passion for filmmaking, photography, and animal advocacy across all creative platforms.