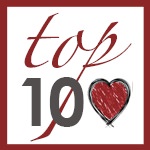 HeARTs Speak artists cover a lot of ground. We're home to over 500 members in 43 states and 13 countries, and that equates to a whole lot of professionally photographed, painted, sculpted, and illustrated adoptable pets. It's also a highly respectable number of perfectly crafted bios, countless fundraising items, and a plethora of happy stories.

As vital as social media is to promoting the HeARTs Speak mission, we can only share so much of our members wonderful work. Our monthly ‘Top 10' features serve to spotlight even more of the wonderful animals our members have met throughout the month, and the work they've created on their behalf.

September brought cooler weather and crunchy leaves here in the northern hemisphere, along with oodles of rescue-related events and exhibitions, and awareness efforts.

Sophie Gamand let her beautiful photography do the talking for pit bulls, through her Pit Bull Flower Power Project which was featured on ‘HuffPost Live'.

Things were buzzing in the world of print, too! Valerie Bruder was featured in the fall issue of American Dog Magazine, and Mark Stevens photographed Harley, puppy mill spokesdog, for Modern Dog Magazine.

Now for some more visual highlights: 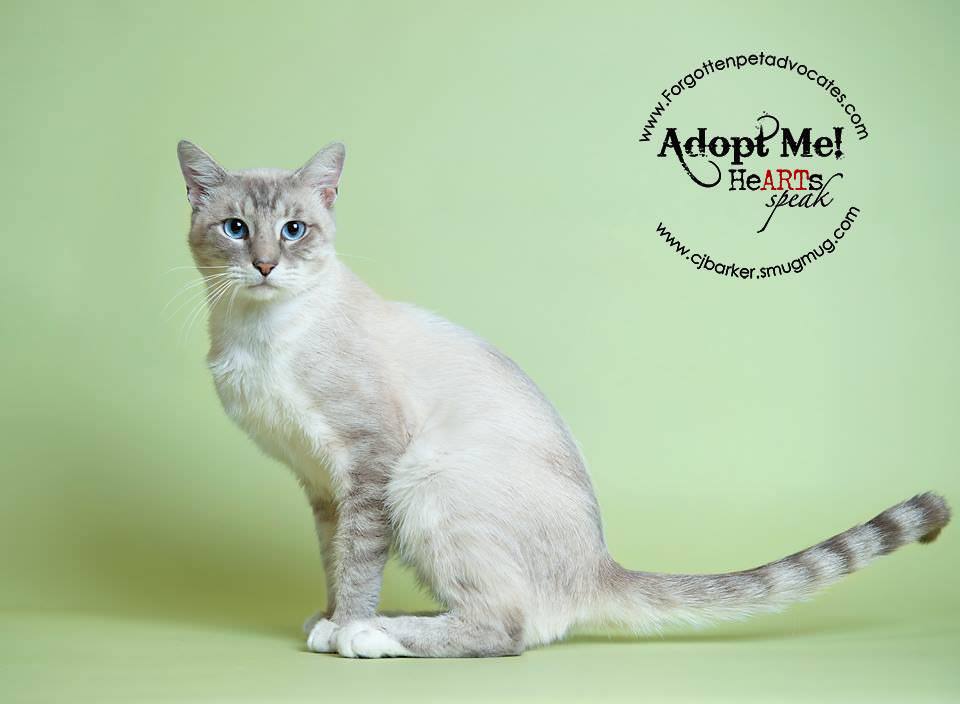 Sabi, photographed by Cynthia Barker, was named after the location of the rest stop he was discovered at. Sabi approached his soon-to-be foster Mom at a Sabinal, TX, rest stop after Labor Day weekend. And the rest, as they say, is history. Sabi hitched a ride back to Houston, and now he's looking for love with The Forgotten Pet Advocates. 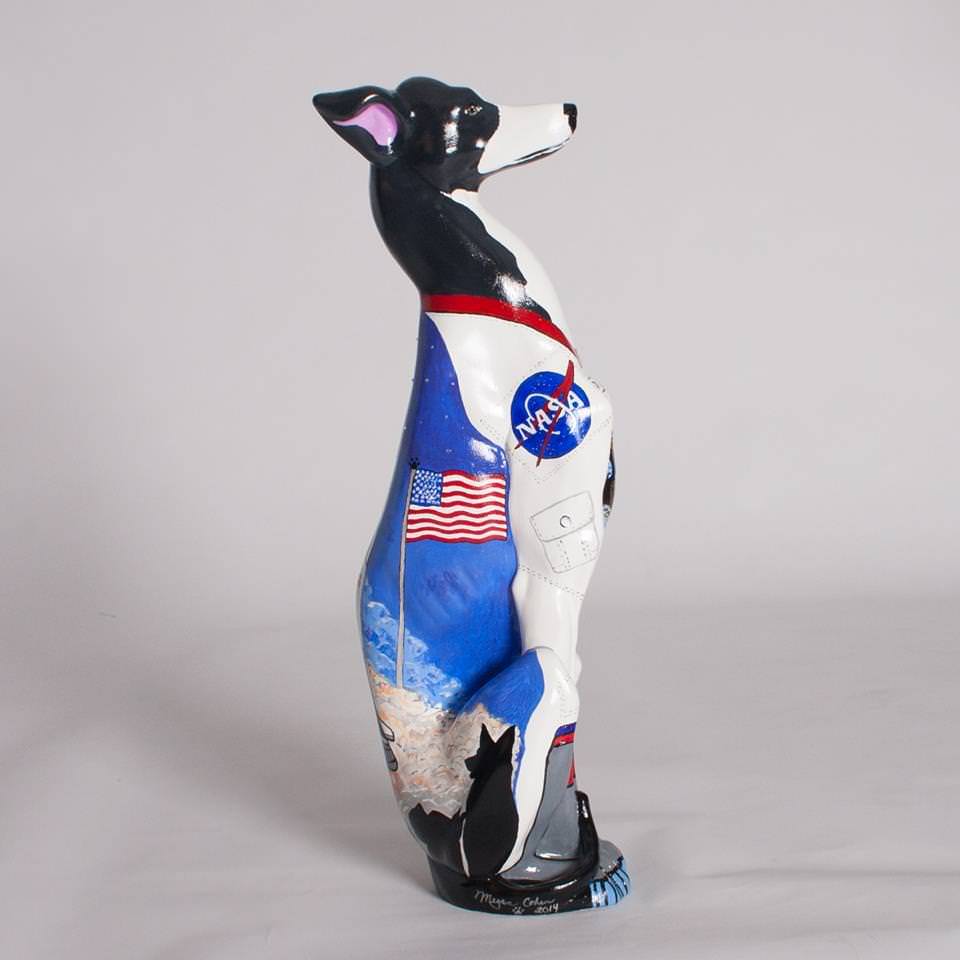 Meet Apollo! HeARTs Speak member, Meghan Cohen, is the creative genius behind Draws for Paws, and she breathed life into this beautiful statue for Old Friends Senior Dog Sanctuary. He's one part of their ‘Dog Art for Old Friends' fundraiser which includes a sprawling silent auction with decorated dogs on display around Tennessee, followed by an exciting fundraising event on October 10th. You can bid on Apollo through October 6th. 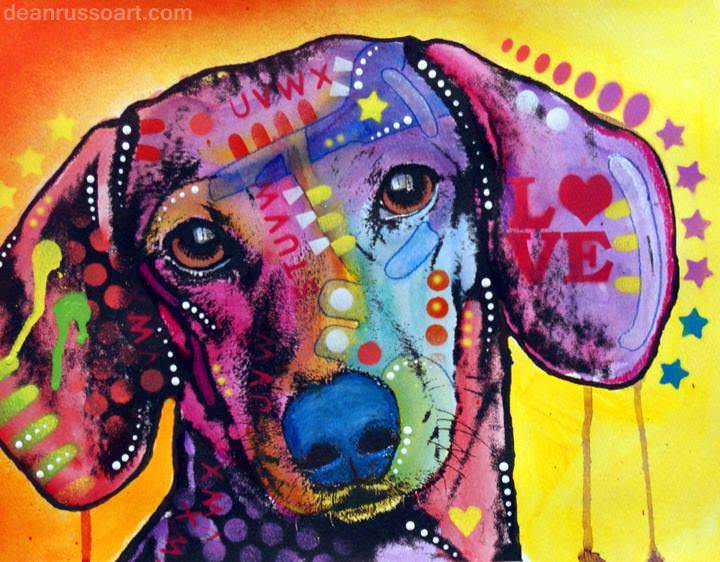 ‘Dachshund Love' is a new piece by member Dean Russo, and prints are available for all you low-rider lovers. 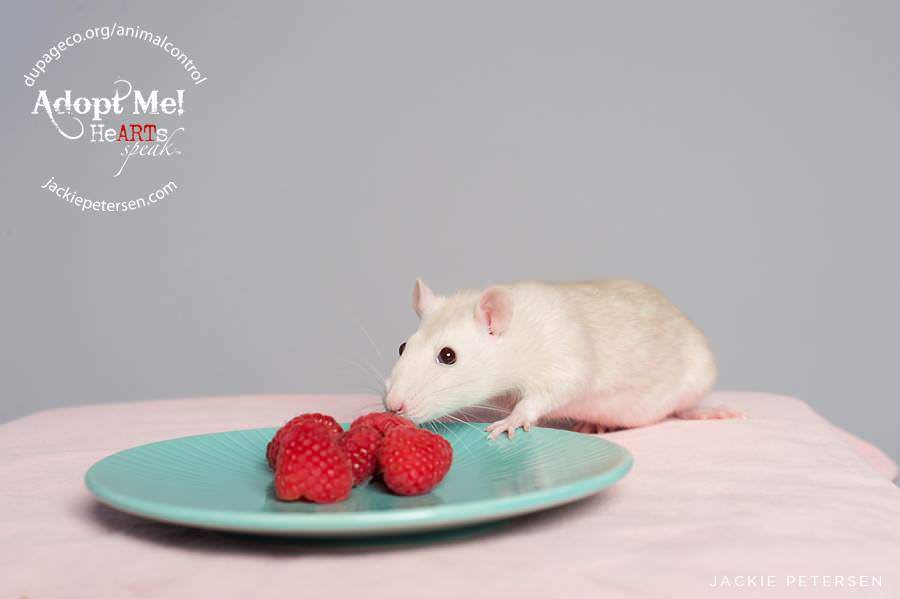 Bunny, a raspberry-loving rodent, was photographed by Jackie Petersen. Not surprisingly, the portraits worked a charm – Bunny was adopted a few days ago, and is living it up in her new forever home! After seeing this, we're sure they probably stocked up on raspberries too. 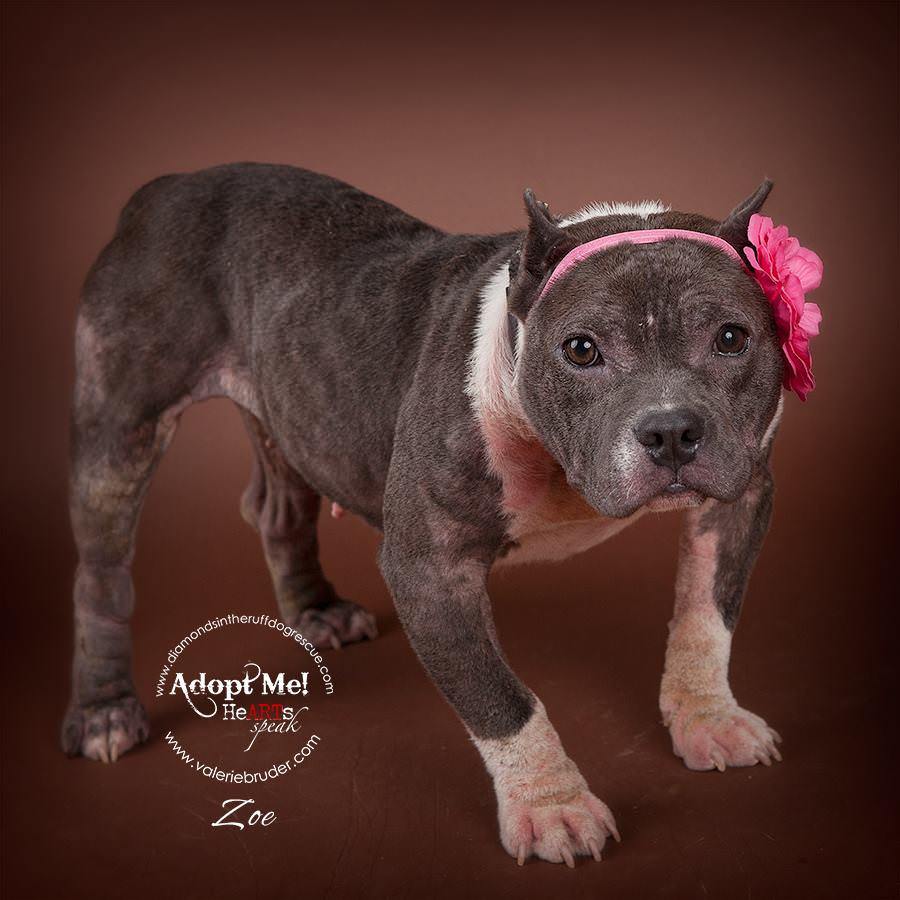 We're cheating by sharing Zoe again, as she was so popular on Facebook, but she's just so irresistible. We can't be blamed! Photographed by Valerie Bruder, Zoe is waiting for love with Diamonds in the Ruff. Go on – tell us you don't want to bear hug her. 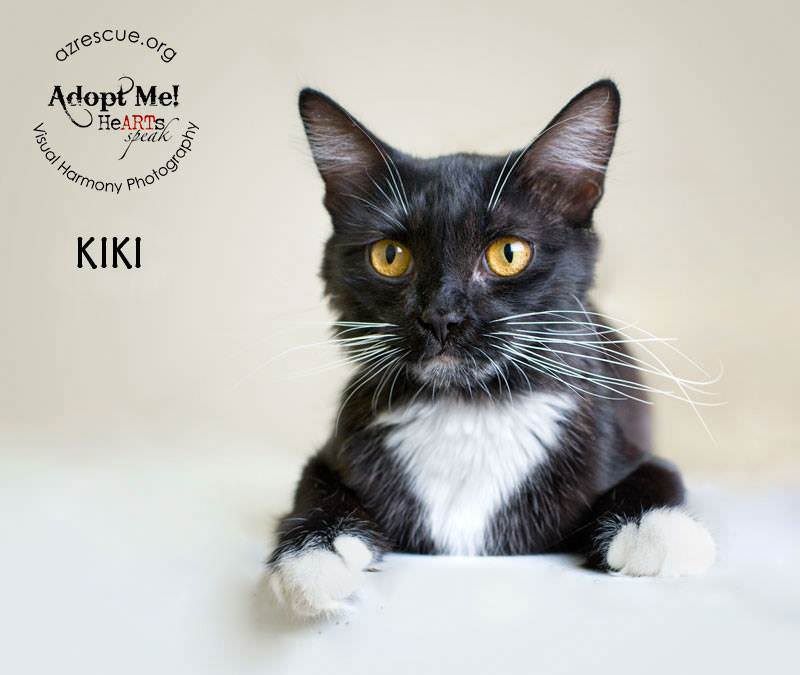 According to Jill Flynn, Kiki is “…very social, a great conversationalist, loves people and other cats, and is ready to share her feline wisdom!” She's also missing about 90% of her tail, but that's all part of her master plan to win you over! She's looking for her forever family through RESCUE in AZ. 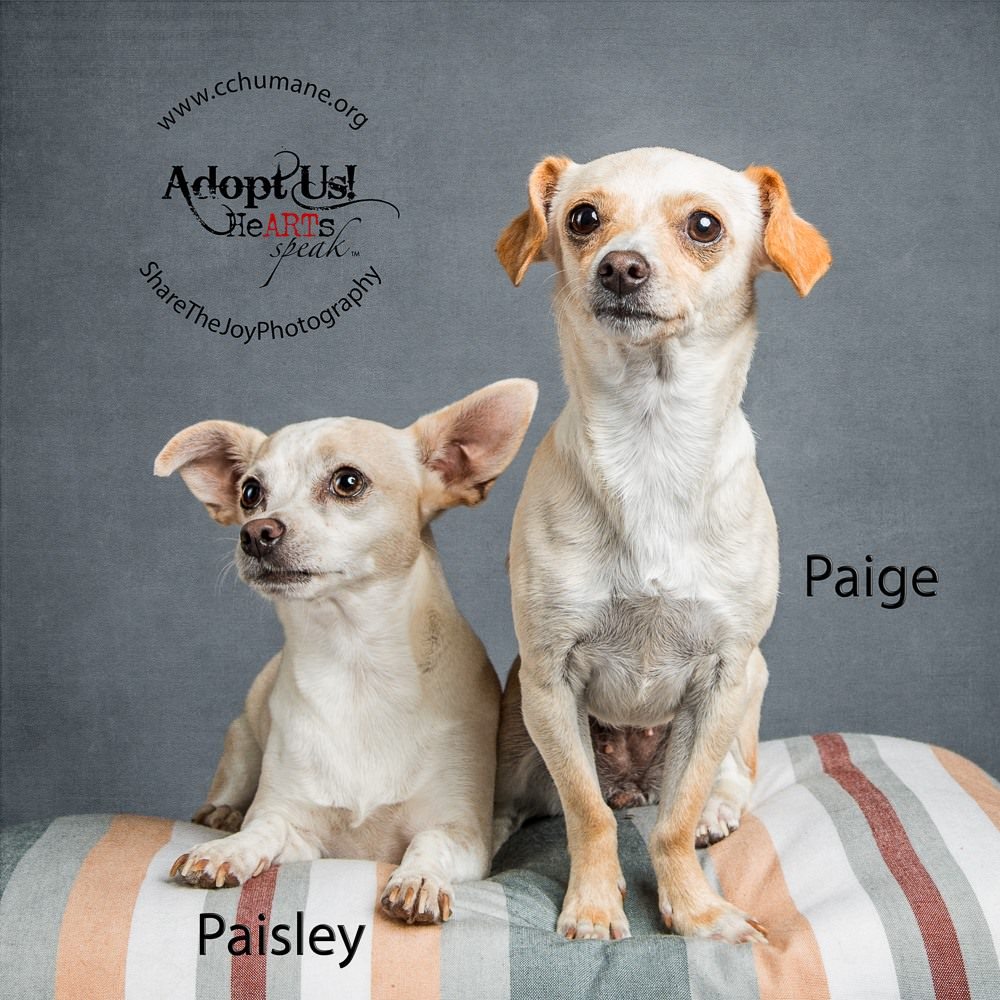 Barbara Brady-Smith reports that Paisley and Paige have sweet and gentle dispositions, and while Paige is the show-off, Paisley knows she's the cute one. Amazingly, these two aren't related! Visit Contra Costa Humane Society to learn more about them.

Nothing slows Bear down. In fact, John Bouma made a point of capturing Bear showing off his athleticism in his foster home, so adopters might be less likely to overlook him due to his age. 11 years isn't that old after all – especially not if you're Bear! He's ready for a fitness buddy with Labrador Retriever Rescue of Florida. 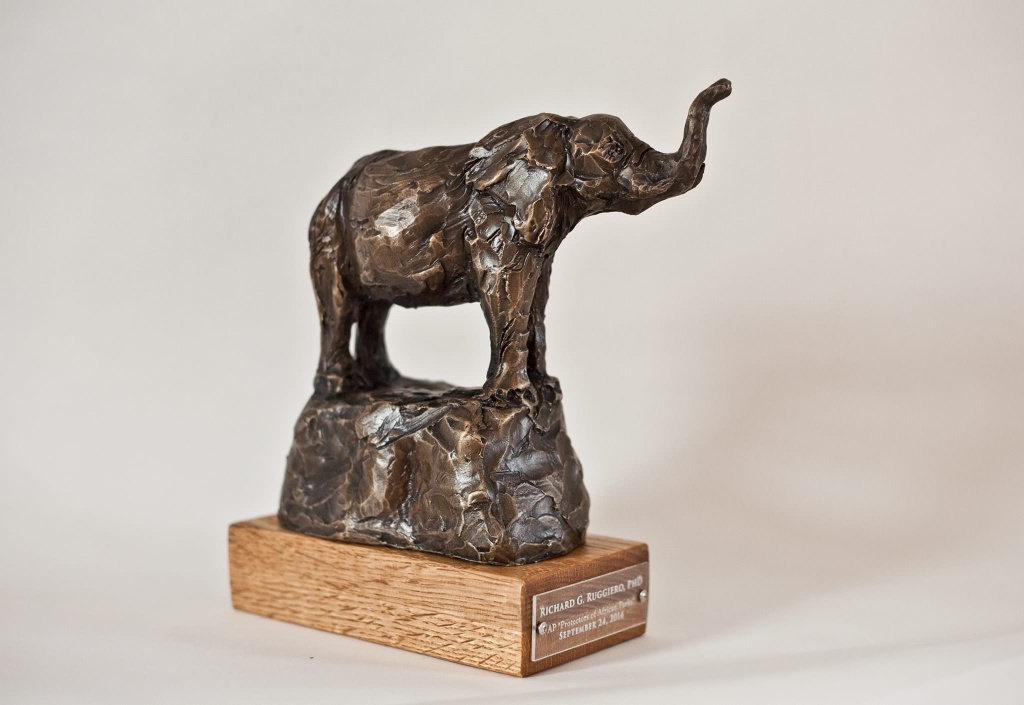 Sculptor, painter, and photographer, Colleen Rudolf, designed and fabricated beautiful elephant statues for African Parks to function as awards. Along with many other inspired wildlife initiatives, the organization is working to end the illegal ivory trade and create a better world for elephants. 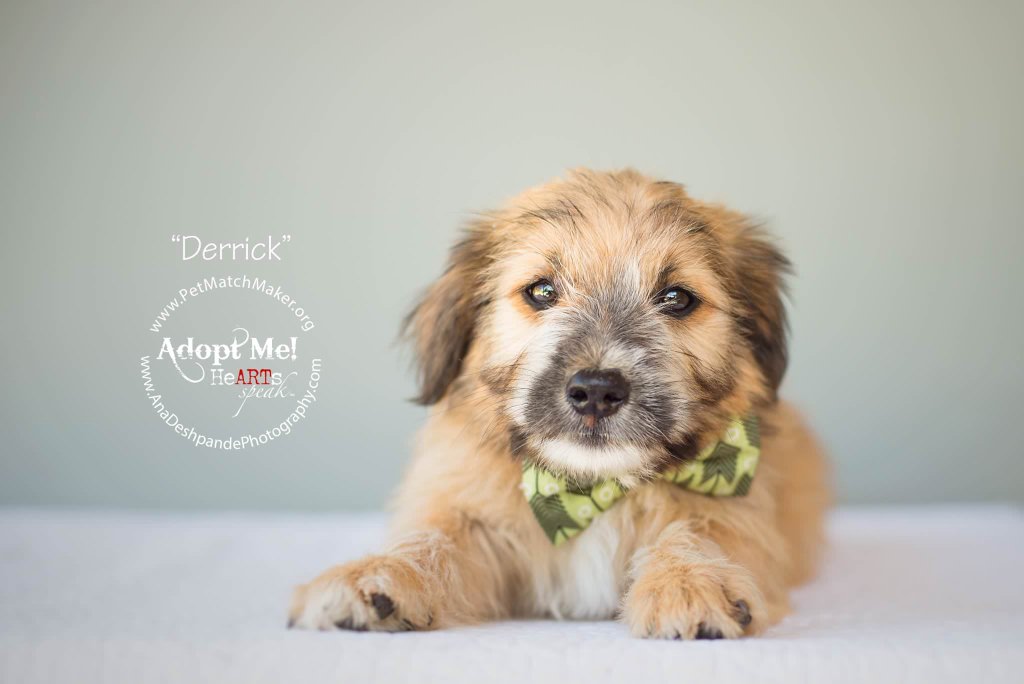 Sorry, folks. Adorable Derrick is now adopted. But never fear. Ana Deshpande has no shortage of cuteness overload to capture at Pet Matchmaker Rescue in CA. Keep up with her work – it's a daily source of aww's!